A couple months back, I was contacted by a Division 1 soccer player from UW-Green Bay named Just Andreas Salvesen. Just had seen my work and wanted to know if I’d be willing to put together a photoshoot with him as the subject. I jumped right on board and got the ball rolling to put the shoot together. One of the biggest obstacles we faced was the changing weather. It started getting really cold in the last weeks of October forcing us to shoot in a studio environment. From a lighting standpoint, I liked this idea because I could easily control the way I wanted to light the shots easier in the studio. The environment was the biggest challenge. Aside from portrait style shots, Just also wanted some action shots. Well since soccer is played on grass and the studio we were shooting in didn’t have a grass floor, I needed to figure out a way to get grass. Luckily while I was shopping at my local home improvement store I happened to walk into the carpet section and found my solution. They happened to have a 9×12 foot remnant piece of fake turf. Bingo, I found the solution. The fake turf was the good stuff too, the kind that is hard to distinguish in a photo if it’s real or not. Once we had all the elements in place we did the shoot. I decided to shoot the action shots on a black background because I wanted Just to really pop out as the main element in the photos. After we got the action stuff out of the way we finished up the shoot with some nice portraits. All in all, Just and I were both happy with the results. Thanks for looking. Matt 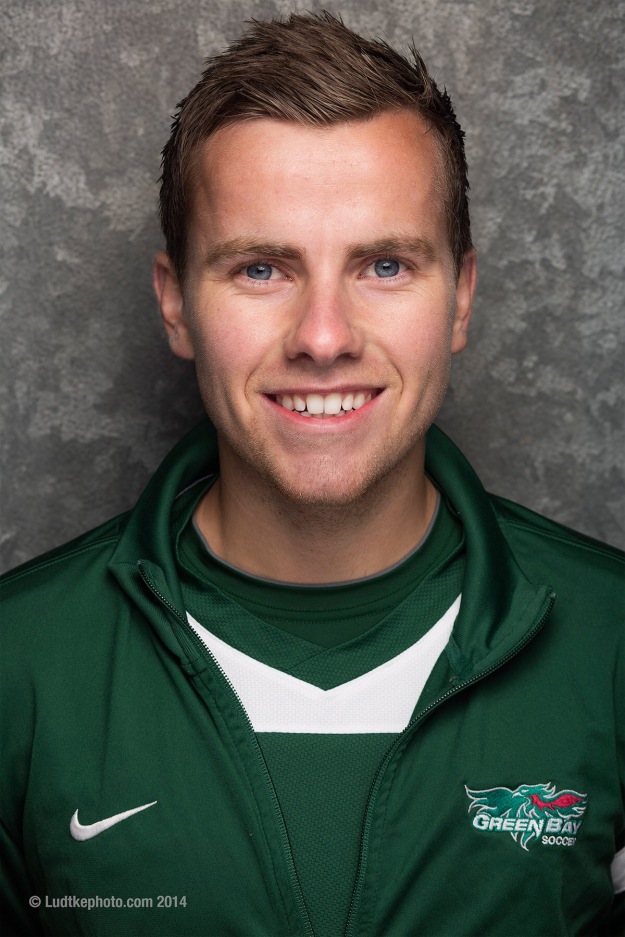